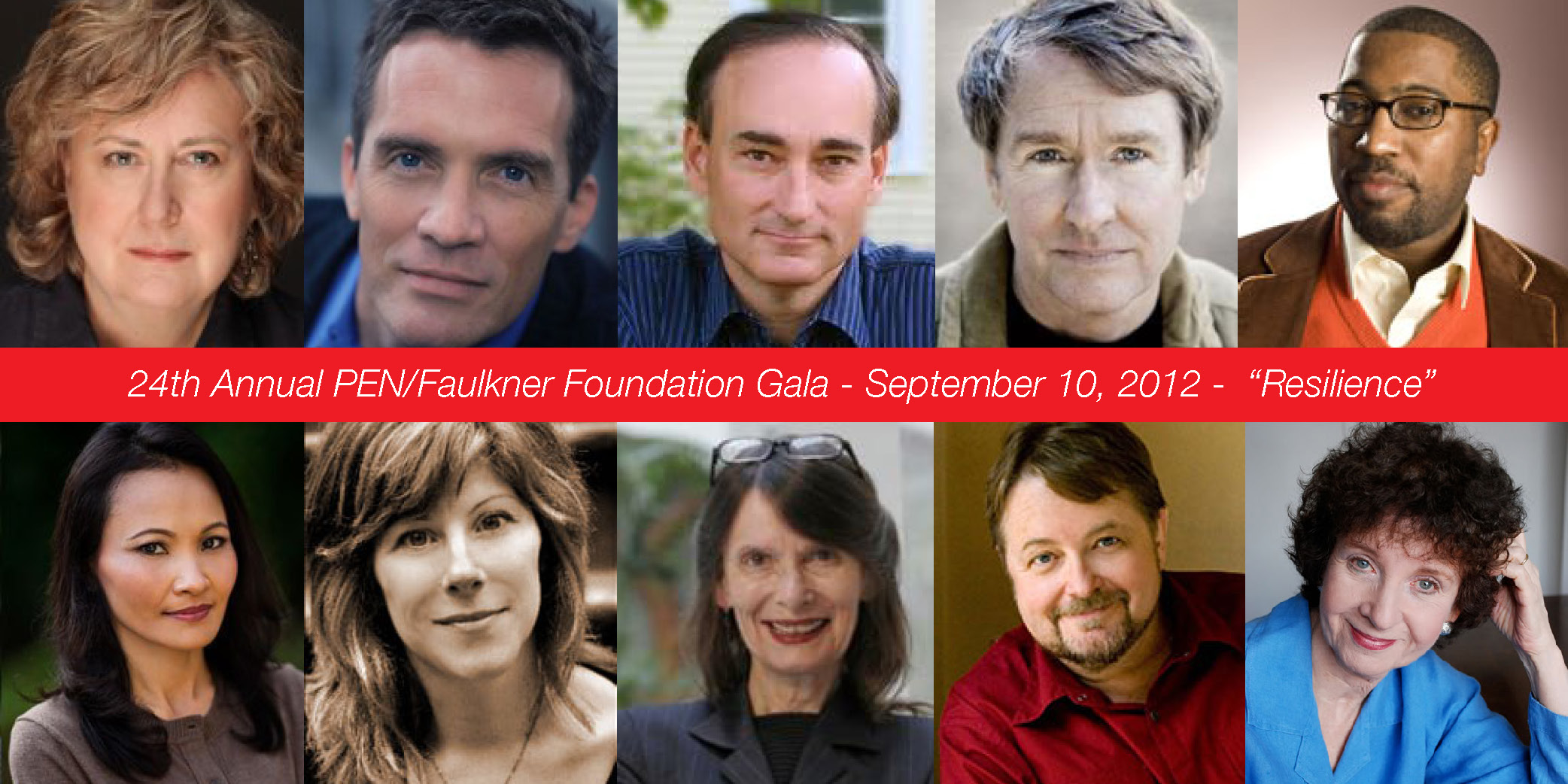 The 24th annual PEN/Faulkner Foundation Gala was held on September 10th, 2012 at the Folger Shakespeare Library.

Each year for the Gala, we invite accomplished writers from around the nation to compose and present three minutes of work written to a single theme. This year’s Gala theme was “Resilience,” and the reading features emcee Calvin Trillin introducing writers Carol Anshaw, Louis Bayard, Chris Bohjalian, Ben Fountain, Major Jackson, Vaddey Ratner, Elissa Schappell, Susan Richards Shreve, Luis Alberto Urrea, and Hilma Wolitzer. This live audio recording from the event begins with opening remarks from Susan Richards Shreve, co-chair of the PEN/Faulkner Foundation’s Board of Directors and Frazier O’Leary, President of the Board.

Special thanks to the Folger Shakespeare Library and to Amazon.com, who make this podcast possible, and to Benedict Kupstas, who composed our theme music.