Announcing the Finalists for the 2012 Award for Fiction 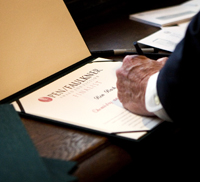 We’re proud to announce the five finalists for the 2012 PEN/Faulkner Award for Fiction, America’s largest peer-juried prize for fiction:

The PEN/Faulkner Award for Fiction is a national prize that honors outstanding works of fiction by American writers each year. Three judges, chosen annually by the directors of the PEN/Faulkner Foundation, select five books from among the more than 300 submitted works, making this the largest peer-juried award in the country. This year’s judges were Marita Golden, Maureen Howard, and Steve Yarbrough.