Winner Announced for 2012 Award for Fiction 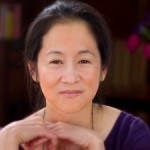 We are pleased to announce that The Buddha in the Attic by Julie Otsuka has been selected as the winner of the 2012 PEN/ Faulkner Award for Fiction. It is a precise, poetic novel that tells the story of Japanese picture brides brought to California from Japan in the early twentieth century.

Three judges, chosen annually by the directors of the PEN/Faulkner Foundation, select four finalists and one winner from among the more than 350 submitted works by American authors published in the U.S. during the 2011 calendar year, making this the largest peer-juried award in the country. This year’s judges were Marita Golden, Maureen Howard, and Steve Yarbrough.