The PEN/Faulkner Foundation’s 24th annual Gala took place on the evening of Monday, Sept. 10th at the Folger Shakespeare Library and featured hilarious and heartbreaking readings by Carol Anshaw, Louis Bayard, Chris Bohjalian, Ben Fountain, Major Jackson, Vaddey Ratner, Elissa Schappell, Susan Richards Shreve, Luis Alberto Urrea, and Hilma Wolitzer. Emceed by Calvin Trillin, the theme for this year’s gala was “Resilience,” a topic handled with grace by our authors. As ever, the evening featured a cocktail reception in the Folger Shakespeare Library’s great hall, a reading in the Elizabethan Theatre, and dinner in the Paster Reading Room. A podcast of the evening’s readings will be available shortly on PEN/Faulkner’s podcast page as well as on iTunes. 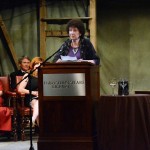 The final reader of the evening, Hilma Wolitzer. 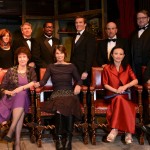 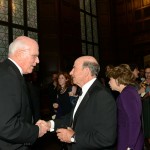 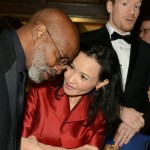 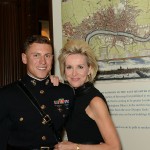 PEN/Faulkner board member Mary Haft and son Michael, a Lieutenant in the United States Marine Corps. 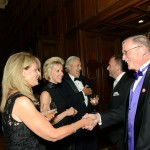 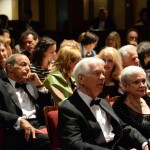 Audience members gather in the Elizabethan Theatre for this year’s Gala reading.

All photos by James R. Brantley