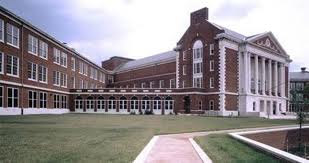 One month ago, on Monday, October 7th, esteemed writers from all over the country came to D.C. to read at the PEN/Faulkner 25th Annual Gala—as well as to visit local schools to discuss their books. Among the writers was Roy Scranton, who visited McKinley Tech to talk about Fire and Forget, a collection of war stories from Iraq and Afghanistan that he and another writer, Matt Gallagher, edited together. Scranton served in the U.S. Army from 2002 to 2006, including fourteen months in Baghdad, and spoke to students about writing, putting together a story collection, and what it was like to be a soldier in Iraq.

He began by reading from his story in Fire and Forget, acting out dialogue between soldiers and Iraqis with gusto. A storm raged outside, making the moment all the more dramatic. Students leaned in and applauded him when he finished, and then had a slew of sharp and unafraid questions. When one asked if a soldier could really “fire and forget,” Roy shook his head, and replied candidly. “As a solder, you go overseas and fight—and it’s impossible to forget. We wanted the title of this collection to have a certain irony to reflect that.” 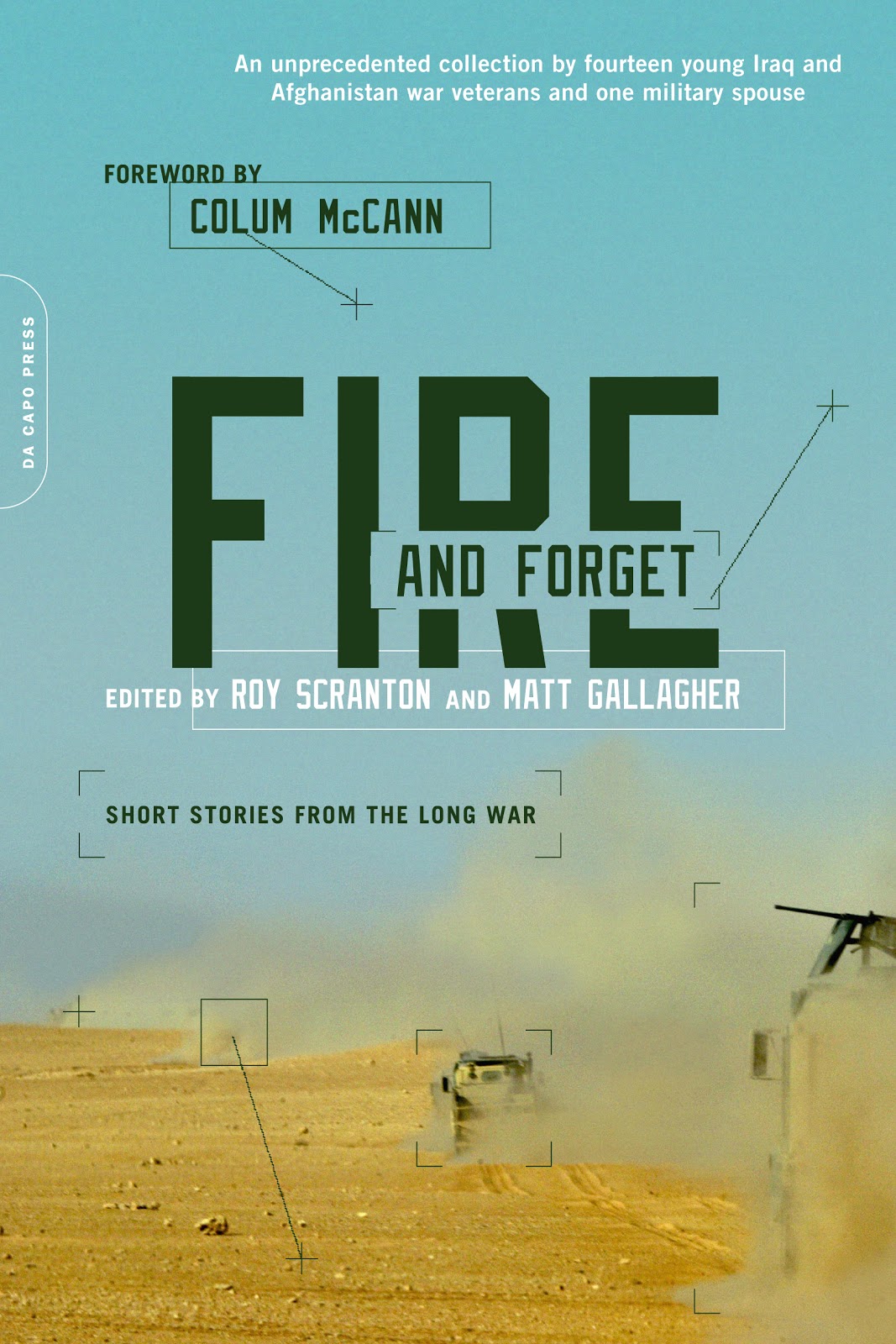 He went on to discuss the order of the stories—chosen carefully, like a well thought out “mix CD or playlist,” where each story is in conversation with the others, drawing on different aspects of the two wars. One student asked Roy to talk about what inspired him to write and collect stories about war. Roy responded that while both Iraq and Afghanistan played a hugely important role in the last 10 years of this country, very few people seem to understand what was going on in these countries while soldiers fought. The collection, he said, aimed to help translate the experience he and others had overseas.

One student commented that reading the stories had raised this question in her mind: Does war make people more human, or does it make people inhumane? What did he think?

Scranton paused to reflect on this thoughtful question. War is such an extreme thing, he began, and so it can bring out the best and the worst in a person; overall, though, it tends to brutalize people. He went on to say that war can make a person numb to others’ suffering—“because you just have to get through it.” He made the point that things that are horrific in a civilian zone become normal in a war zone. But then, he said, you also have to consider that humans are the ones making war—and so there are lessons to learn about what it means to be human from the way we start and wage wars.

To conclude, one student asked Scranton: how did it feel to put the book together?

It was difficult, he said, to go back over some of those experiences, which reminded him of his own life as a soldier. And he’d found that with his own writing, it often felt odd to use personal memories to create fiction, mentioning that sometimes now it was hard for him to discern between his real memories and the ones that he’d altered for fiction.

After his visit ended, students lingered to sign books and talk with him. As we left the school, he marveled at how brave the students were with their questions – commenting that few readings he’d given elicited such an intense discussion.

I, too, was impressed by the depth and intensity of the questions, which clearly came from students who read closely and thought critically. As a new member of the PEN/Faulkner staff, this was my first WinS visit —and I have to say, it exceeded even my highest of expectations. I can’t wait for more!