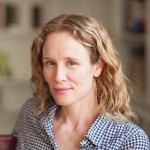 Minutes before the thunderstorms that lent the Capitol a brilliant rainbow two Tuesdays ago, author Elliott Holt walked into the PEN/Faulkner Summer Supper & Book to discuss her 2013 novel YouAre One of Them.

Upon its release, the Washington Post declared that, “Holt has found inventive ways to use language that suggest the porousness of identity, the correspondence between self and other, neighbor and foreigner, you and them. Her ingenuity brings distinction to this confident, crafty first novel.” 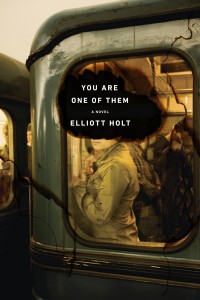 On that evening, book club members reflected on the Sarah Zuckerman and Jennifer Jones’s friendship; the choice of D.C. and Moscow as settings and the story’s ambiguous ending.

Holt, who has also lived in Moscow, said the choice of setting the story in these theaters of the Cold War was because Washington, D.C. and Moscow offered good backdrops for a story that revolves around that frigid conflict.

Last week the Summer Supper & Book Club read Danielle Evans’s short story collection, Before You Suffocate Your Own Fool Self, and in preparation for tonight’s meeting, students have read David Ebenbach’s Between Camelots.