A Storied Future: Ann Beattie in conversation with emerging writers from the Virginia Quarterly Review

Lutheran Church of the Reformation (across the street from the Folger Shakespeare Library)
212 East Capitol Street NE
Washington, DC 20003 (map)

Tickets will be on sale soon for $15. Click here to subscribe to the PEN/Faulkner Reading Series for a discounted rate.

Since 1925, the storied literary and cultural journal, Virginia Quarterly Review, has been publishing thought-provoking works of fiction, poetry, nonfiction, and journalism. The fall 2014 issue of VQR has a theme of “Big Breaks,” and this collaborative event between PEN/Faulkner and VQR will feature a moderated conversation between Ann Beattie and four gifted writers — Tope Folarin, Onyinhe Ihezukwu, Greg Jackson, and Brendan McKennedy — at the start of their careers. 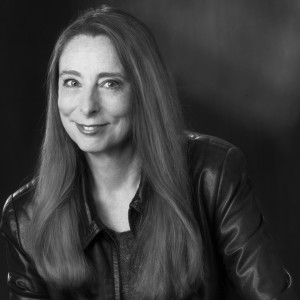 Ann Beattie has been included in four O. Henry Award Collections and in John Updike’s Best American Short Stories of the Century. In 2000, she received the PEN/Malamud Award for achievement in the short story form. In 2005, she received the Rea Award for the Short Story. She and her husband, Lincoln Perry, live in Key West, Florida, and Charlottesville, Virginia, where she is Edgar Allan Poe Professor of Literature and Creative Writing at the University of Virginia.

Tope Folarin won the 2013 Caine Prize for African Writing for his story “Miracles.” In 2014, he was named to the Africa 39 list of the top African writers under 40. He is a graduate of Morehouse College and Oxford University, where he earned two Master’s degrees as a Rhodes Scholar. Tope lives in Washington, DC and is currently at work on his first novel.

Brendan McKennedy, a former fiction editor at the Greensboro Review, has published short stories in Epoch, PANK, and Night Train. He’s at work on a novel set in the American South during the early years of the recording industry. He lives in North Carolina.

Onyinye Ihezukwu was born and raised in Nigeria, where she worked as a journalist and broadcaster. Her work largely explores changing socio-spiritual themes in the urban Nigerian setting. She is a Poe/Faulkner fellow with the MFA program at the University of Virginia, where she received the 2014 Henfield Prize.

Greg Jackson grew up in Boston and coastal Maine. He has been a Fiction Fellow at the Fine Arts Work Center and a Henry Hoyns Fellow at the University of Virginia, where he won the 2012 Henfield Prize. His fiction has appeared in the New Yorker, and his first book is a story collection entitled Prodigals (Farrar, Straus and Giroux, 2016). He has worked for the literary journal n+1 and with investigative journalist Ron Suskind on several bestselling works of political nonfiction.