Announcing the Winner of the 2018 PEN/Faulkner Award for Fiction!

We are pleased to announce that the 2018 PEN/Faulkner Award for Fiction winner is Joan Silber for her novel Improvement (Counterpoint Press)!

Congratulations again to the four finalists:

Hernán Diaz for In the Distance (Coffee House Press)

Achy Obejas for The Tower of the Antilles (Akashic Books)

About the 2018 PEN/Faulkner Award Winner: 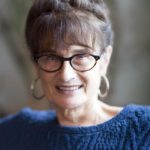 About the 2018 PEN/Faulkner Award Finalists: 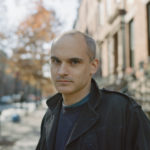 Hernan Diaz is the author of In the Distance (Coffee House 2017) and Borges, Between History and Eternity (Bloomsbury 2012), managing editor of RHM, and associate director of the Hispanic Institute at Columbia University. He lives in New York. 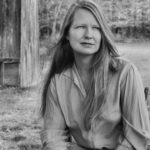 Samantha Hunt is the author of The Dark Dark: Stories, and three novels: Mr. Splitfoot, The Invention of Everything Else, and The Seas. Hunt is the recipient of a 2017 Guggenheim Fellowship, the Bard Fiction Prize, the National Book Foundation’s 5 Under 35 Prize and she was a finalist for the Orange Prize. She teaches at Pratt Institute in Brooklyn and lives in upstate New York. 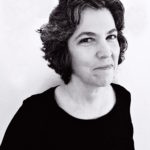 ACHY OBEJAS
The Tower of the Antilles
(Akashic Books)

Achy Obejas is the author of the critically acclaimed novels Ruins, Days of Awe, and three other books of fiction. She edited and translated (into English) the anthology Havana Noir, and has since translated Junot Díaz, Rita Indiana, Wendy Guerra, and many others. In 2014, she was awarded a USA Ford Fellowship for her writing and translation. The Tower of the Antilles is her latest work. 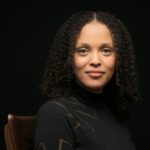 Jesmyn Ward is the author of the novels Where the Line Bleeds, Salvage the Bones, which won the 2011 National Book Award, and Sing, Unburied, Sing (Scribner, 2017), which won the 2017 National Book Award and which will be published in paperback on May 8, 2018. She is also the editor of the anthology The Fire This Time (Scribner, 2016) and the author of the memoir Men We Reaped, which was a finalist for the National Book Critics Circle Award. From 2008-2010, Ward had a Stegner Fellowship at Stanford University. She was the John and Renée Grisham Writer in Residence at the University of Mississippi for the 2010-2011 academic year. In 2016, the American Academy of Arts and Letters selected Ward for the Strauss Living Award. She was named a MacArthur Fellow in 2017. She received her MFA from the University of Michigan and is currently an associate professor of creative writing at Tulane University. She lives in Mississippi.

Andrea Barrett is the author of six novels, most recently The Air We Breathe, and three collections of stories: Ship Fever, which received the 1996 National Book Award, Servants of the Map, a finalist for the Pulitzer Prize, and, most recently, Archangel.

Stacey D’Erasmo is the author of the novels Tea, A Seahorse Year, The Sky Below, and Wonderland, and the nonfiction book The Art of Intimacy: The Space Between. She is a former Stegner Fellow in Fiction, the recipient of a 2009 Guggenheim  Fellowship in Fiction, and the winner of an Outstanding Mid-Career Novelist Prize from the Lambda Literary Foundation. Her essays, features, and reviews have appeared in The New York Times Magazine, The New York Times Book Review, The New Yorker, The Boston Review , Bookforum, The New England Review, and Ploughshares, among other publications. She was a Frederick Lewis Allen Room Fellow at the New York Public Library for 2016-17. She is an Associate Professor of Writing and Publishing Practices at Fordham University.

Alex Espinoza was born in Tijuana, Mexico. He came to the United States with his family at the age of two and grew up in suburban Los Angeles. Author of the novel Still Water Saints, he received an MFA from the University of California, Irvine. A recipient of the Margaret Bridgman Fellowship in Fiction at the Bread Loaf Writers’ Conference, Espinoza is currently an associate professor of English at California State University, Los Angeles.