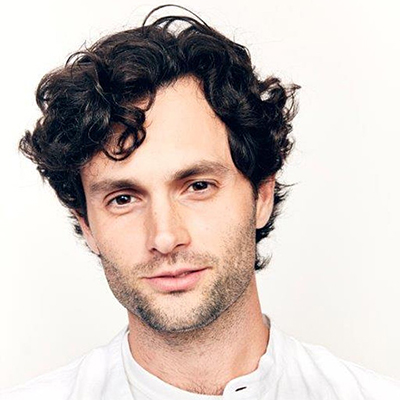 Penn Badgley stars as Joe Goldberg in Netflix’s thriller series, “YOU,” based on Caroline Kepnes’ best-selling novel of the same name.

Badgley was last seen on the big screen in “Greetings” from Tim Buckley, for which he won the highly sought-after role to star as musician Jeff Buckley. In 2011, he appeared in the critically acclaimed “Margin Call,” a thriller based on the events surrounding the country’s financial collapse, also starring Kevin Spacey, Stanley Tucci, Paul Bettany, Jeremy Irons, Zachary Quinto and Simon Baker. For their work in the film, Badgley and his cast mates received the Robert Altman “Ensemble Cast Award” at the Independent Spirit Awards. Badgley will next appear in Michael Almereyda’s Shakespeare adaptation of “Cymbeline,” opposite Milla Jovovich, Ethan Hawke and Ed Harris.

Badgley’s other film credits include Sony’s hit comedy “Easy A,” the dramatic thriller “The Stepfather,” “Forever Strong,” “Parts Per Billion,” and “John Tucker Must Die.”

Badgley starred as Dan Humphrey in The CW’s hit drama series, “Gossip Girl,” from Josh Schwartz and Stephanie Savage, based on the tremendously popular book series about privileged teenagers who attend an elite private school in New York City. Badgley’s other television credits include the short-lived, “Do Over,” which was his first starring role at the age of 15.