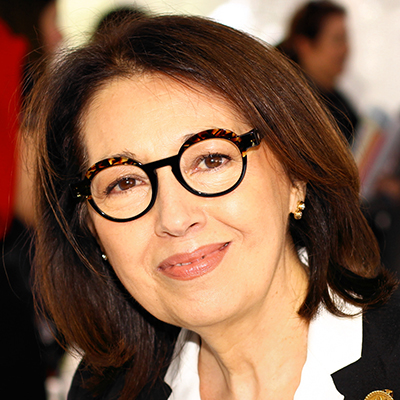 Marie Arana (she/her) is the Literary Director of the Library of Congress. She was born in Peru, moved to the United States at the age of 9, and began her career in book publishing, where she became Vice President and Senior Editor at Harcourt Brace as well as Simon & Schuster publishers. In 1993, she joined The Washington Post as Deputy Editor of “Book World” and became Editor in Chief a few years later—a position she held for ten years. From 2010 to 2019, she was a Writer at Large for The Washington Post and a Senior Advisor to the U.S. Librarian of Congress. Arana is the author of six books, among them her memoir “American Chica,” which was a finalist for the 2001 National Book Award and winner of Books for a Better Life; “The Writing Life,” a collection of essays about how writers live and work; and two highly acclaimed novels “Cellophane” and “Lima Nights.” Her biography of Simón Bolívar (“Bolívar: American Liberator“) was awarded the Los Angeles Times Book Prize in 2014. Her history of Latin America, “Silver, Sword, and Stone,” was named best nonfiction book of the year by the American Library Association. Arana has been the director of the National Book Festival and director of John F. Kennedy Center’s literary programs for many years and has chaired juries for the Pulitzer Prize as well as the National Book Award. Her commentary has been published in The New York Times, National Geographic, USA Today, Washington Post, El País, El Comercio, El Tiempo, and many other publications throughout the Americas and Europe.