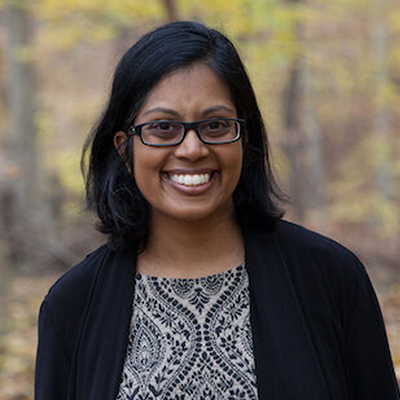 Mathangi Subramanian is an award winning writer, author, and educator. A former public school teacher, senior policy analyst for the New York City Council, and assistant vice president at Sesame Workshop, Mathangi Subramanian’s work has appeared in The Washington Post.com, Ms. Magazine Digital, Zora Magazine, Al Jazeera America, Quartz, The Hindu, The Wire, The Indian Express, and the Seal Press anthology Click! When We Knew We Were Feminists, among others.

She has received various fellowships, including a Fulbright-Nehru Senior Scholarship, a Jacob Javits Fellowship, and an Office of Policy and Research Fellowship from Columbia Teachers College, where she completed her doctorate in communications and education in 2010.

Her novel A People’s History of Heaven was a finalist for the LAMBDA Literary Awards and the PFC – Valley of Words Awards, was longlisted for the Center for Fiction First Novel Prize and the PEN/Faulkner Award, and was named a Skipping Stones Honor Book.

In 2016, she won the South Asia Book Award for her novel Dear Mrs. Naidu.

In 2015, her short story Banu the Builder won the Middle Grades category of the 2015 Katherine O. Paterson Prize, and her short story Half Wild was shortlisted for the Out of Print-DNA short fiction contest. In 2016, her short story Perfectly Clear was awarded an honorable mention in the Reynolds Prize for Fiction.

Purchase A People’s History of Heaven