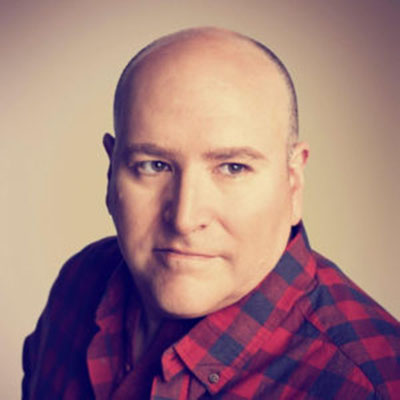 Gwydion Suilebhan (he/him) is a writer, arts and technology innovator, and arts advocate. A founding member of The Welders—a Helen Hayes Award-winning playwrights collective in Washington, DC—Suilebhan previously held the position of Director of Brand and Marketing for Woolly Mammoth, and he has worked as a brand and technology consultant for a variety of large arts and culture organizations, including Ford’s Theatre, the Drama League, and the Playwrights Center, among many others. Earlier phases of his career included extensive work in publishing, education, and journalism. Suilebhan also serves as Project Director of the New Play Exchange for the National New Play Network.

As a writer, Suilebhan’s work has been noted for its “dexterous theatricality and unexpected pleasure” (Washington Post). He is the author of several plays, including The Butcher, Reals, Abstract Nude, Let X, The Faithkiller, and the Helen Hayes Award-nominated Transmission. His work has been commissioned, developed, and produced by Centerstage, the Ensemble Studio Theatre, the Gulfshore Playhouse, the Taffety Punk Theatre Company, Theater J, and Theater Alliance, among many others. Suilebhan is also the author of Anthem, a short film directed by Hal Hartley. With co-author Steven Gimbel, he writes about comedy for Salon. Suilebhan and Gimbel are currently working on a history of Jewish American comedy.