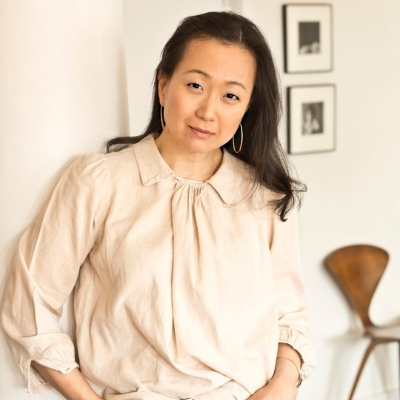 Min Jin Lee is a recipient of fellowships in Fiction from the Guggenheim Foundation (2018), the Radcliffe Institute of Advanced Study at Harvard (2018-2019), and the New York Foundation for the Arts (2000). Her novel Pachinko (2017) was a finalist for the National Book Award for Fiction, a runner-up for the Dayton Literary Peace Prize, winner of the Medici Book Club Prize, and a New York Times 10 Best Books of 2017. A New York Times Bestseller, Pachinko was also a Top 10 Books of the Year for BBC, Canadian Broadcasting Corporation, and the New York Public Library. Pachinko was a selection for “Now Read This,” the joint book club of PBS NewsHour and The New York Times. It was on over 75 best books of the year lists, including NPR, PBS, and CNN. Pachinko will be translated into 30 languages. In 2019, Apple ordered to series a television adaptation of Pachinko, and President Barack Obama selected Pachinko for his recommended reading list, calling it, “a powerful story about resilience and compassion.” Lee’s debut novel Free Food for Millionaires (2007) was a Top 10 Books of the Year for The Times of London, NPR’s Fresh Air, USA Today, and a national bestseller. In 2019, Free Food for Millionaires was a finalist for One Book, One New York, a city-wide reading program. Her writings have appeared in The New Yorker, NPR’s Selected Shorts, One Story, The New York Review of Books, The New York Times Magazine, The New York Times Book Review, The Times Literary Supplement, The Guardian, Conde Nast Traveler, The Times of London, and Wall Street Journal. She served three consecutive seasons as a Morning Forum columnist of the Chosun Ilbo of South Korea. In 2018, Lee was named as an Adweek Creative 100 for being one of the “10 Writers and Editors Who are Changing the National Conversation” and a Frederick Douglass 200. In 2019, Lee was inducted in the New York Foundation for the Arts Hall of Fame. She received an honorary degree of Doctor of Humane Letters from Monmouth College. She will be a Writer-in-Residence at Amherst College from 2019-2022. She serves as a trustee of PEN America, a director of the Authors Guild and on the National Advisory Board of the Immigration Initiative at Harvard.