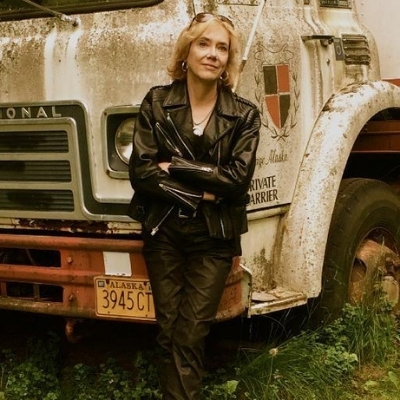 Elizabeth Hand is the bestselling author of fourteen genre-spanning novels and five collections of short fiction and essays. Her work has received multiple Shirley Jackson, World Fantasy and Nebula Awards, among other honors, and several of her books have been New York Times and Washington Post Notable Books. Her recent, critically acclaimed novels featuring Cass Neary, “one of literature’s great noir anti-heroes” [Katherine Dunn] — Generation Loss, Available Dark, Hard Light, and the forthcoming The Book of Lamps and Banners— have been compared to those of Patricia Highsmith and have been optioned for a TV series. She is a longtime reviewer, critic and essayist for the Washington Post and Los Angeles Times, among many others, and for twenty years has written a book review column for the Magazine of Fantasy and Science Fiction. Much of her fiction focuses on artists, particularly those outside the mainstream, as well as on the world-altering effects of climate change. Her novel, Curious Toys, inspired by the artist Henry Darger and a true crime in 1915 Chicago, will be published in 2019 by Mullholland Books/Little, Brown. She is on the faculty of the Stonecoast MFA Program in Creative Writing, and divides her time between the coast of Maine and North London. You can find her on Twitter @liz_hand and on Facebook @ElizabethHandAuthor.