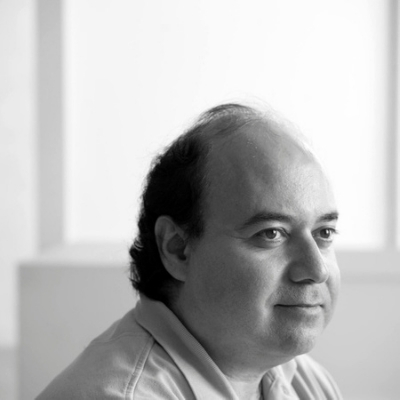 Born in Damascus, Syria in 1968 and now living in Pittsburgh via Chicago, Osama Alomar is one of the most well-respected Arabic poets writing today, and a prominent practitioner of the Arabical-qisa al-qasira jiddan, the “very short story.” He is the author of Fullblood Arabian in English, and three collections of short stories and a volume of poetry in Arabic. Alomar’s first full-length collection of stories, The Teeth of the Comb, was published by New Directions in April 2017. His short stories have been published in Newyorker.com, Noon, Conjunctions.com, The Coffin Factory, Electric Literature, and The Literary Review. Currently, Alomar is working on a new novel about the Syrian War tentatively called The Womb, as well as another project called The Book of Meditations about love, hate, democracy, dictatorships, motherhood, freedom, success, and failure among other concepts surrounding the human experience. He also enjoys singing and playing guitar, and often travels with his translator C.J. Collins. He is a current writer-in-residence at City of Asylum Pittsburgh whose organization works to provide sanctuary to endangered literary writers, so that they can continue to write and their voices not be silenced.