Maud Casey is an ACE 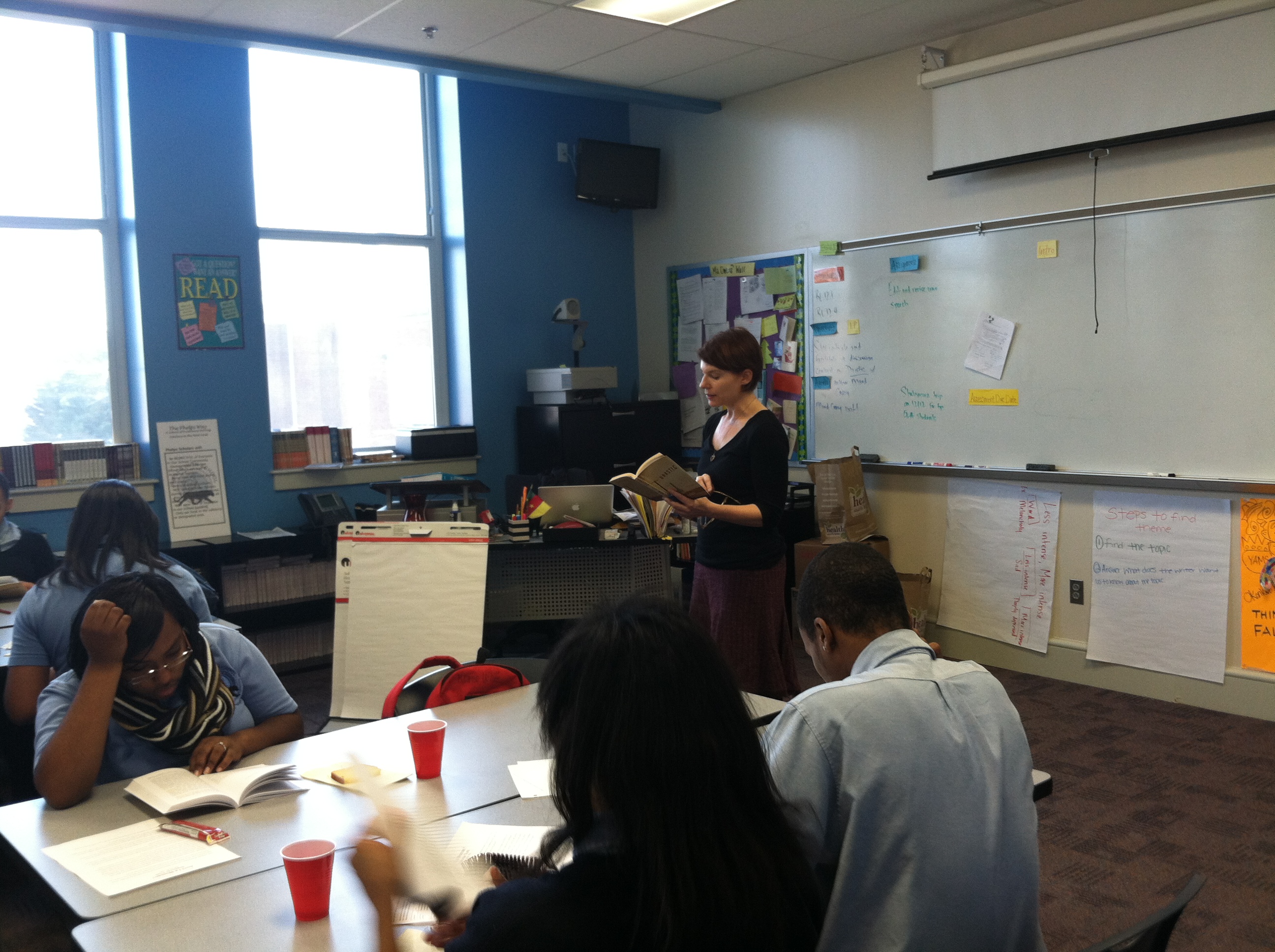 Last week was a doozy around the PEN/Faulkner offices. On Sunday, Dec. 2nd, we launched the Hill Center Reading Series and on Friday, Dec. 7th, we honored 2012 PEN/Malamud Award recipient James Salter.

On the 6th, D.C.-based author Maud Casey visited two classes at Phelps Architecture, Construction, and Engineering (ACE) High School where students had read, studied, and discussed a number of stories from her collection Drastic.

But even in a week with some pretty high highs, Casey’s Writers in Schools visits were a standout. In part, this was because Casey herself is a pleasure to listen to (as a University of Maryland professor, Casey’s incredibly comfortable in a classroom). But there’s also something to be said for the students’ questions that day. Clearly, these students had been taught some impressive critical vocabulary. They raised excellent questions about diction, aesthetic preferences in fiction, and genre. Part of me wondered if I even knew those terms (and, further, if I could have or would have used them in the correct context) when I was in 11th or 12th grade.

As I’m still relatively new to PEN/Faulkner, it’s been surprising how varied our Writers in Schools programming can be. Several variables play a role in how a WinS visit will shape up: the school, the class, the instructor, the author, and the text all play a role in determining the tone of the visit. Casey’s visit was intense and serious, though it wasn’t without its humorous moments. The students wanted to know why she’d written a character the way she had or why she’d chosen to give her character Lucy from the story “Trespassing” such a morbid job and a French roommate. They wanted to know how those details played into Casey’s idea of what the story was attempting to do and be. They wanted to know if Casey thought it was okay to make up details entirely or if a writer needed experiential knowledge of a place, personality, time, or event in order to write about it effectively.

Suffice it to say, the students at Phelps impressed me. They impressed our author. They got me thinking about Maud Casey’s fiction in ways that I hadn’t considered before. And that, for me, makes for one (or, in this case two) successful class session.