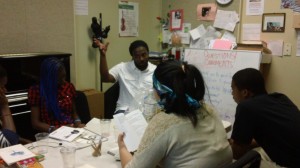 Last Tuesday, July  31st, poet Derrick Weston Brown led the summer program students in a fun and lively discussion based off of his poetry collection entitled Wisdom Teeth. One of the students asked Weston Brown why he chose Wisdom Teeth as the title. To her, wisdom teeth are things that are removed because they have no purpose; at one point they were useful, but humans no longer have a need for them. Weston-Brown responded that he viewed the changing nature of wisdom teeth in a positive light. He explained that the collection Wisdom Teeth is “about life, growth, and learning that some things are malleable. It’s about making shifts and removing some of the ideas you used to have in order to make room for new ones.” This is seen in how some of his poems are about lessons and others are about removal.

The students were drawn to his piece “Forgiveness Poem,” in which Weston Brown writes to a woman who he and his classmates used to ridicule in grade school.  He explained that the poem originated from a “write about a time where you were not a hero” prompt. Weston Brown told the students to remember that we aren’t always the hero of a story. All people make mistakes and, at one point or another, hurt someone else. Another student told Weston Brown that he laughed at the jokes in the poem where the girl was the punch line, even though he knew they were cruel and wanted to know if the poem was written in a way that allowed for laughter. Weston Brown explained that the poem was a bit of what he calls a “tickle-punch” poem, where readers gets pulled along laughing, not knowing they are about to be punched in the stomach by an emotional truth.

Weston Brown, who is an exuberant individual, also made a point to remind the students that poetry isn’t all about being serious or being sad. Poetry is also fun and some poems should be joyous or funny and make you laugh. Weston Brown explained that this is one reason he loves both persona poems and personification poems. Our upbeat group of students liked hearing this along with Weston Brown’s other tips. His D.C.-based poems reminded the students that they too have much to write about and that almost any topic can be poetry worthy. 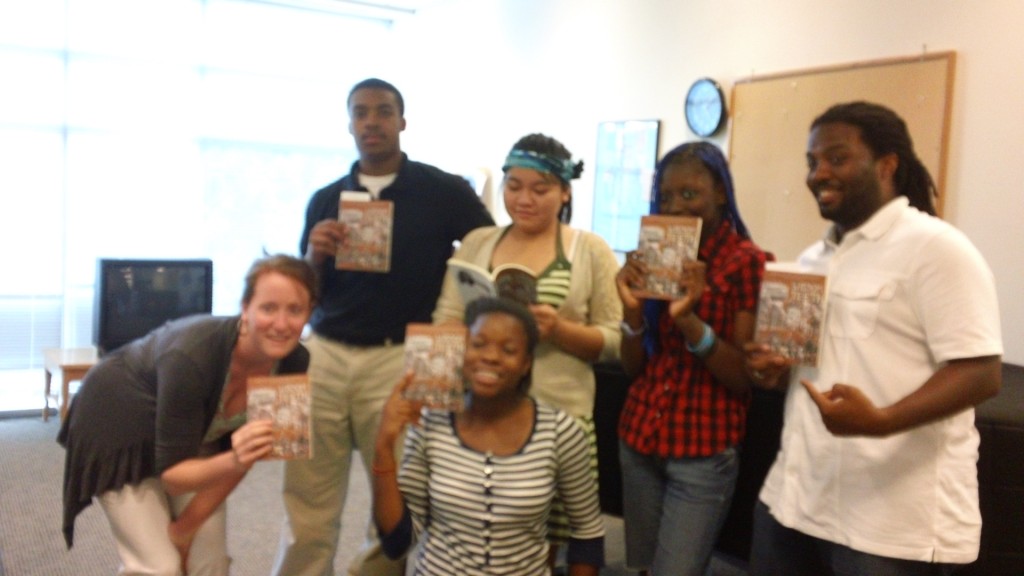