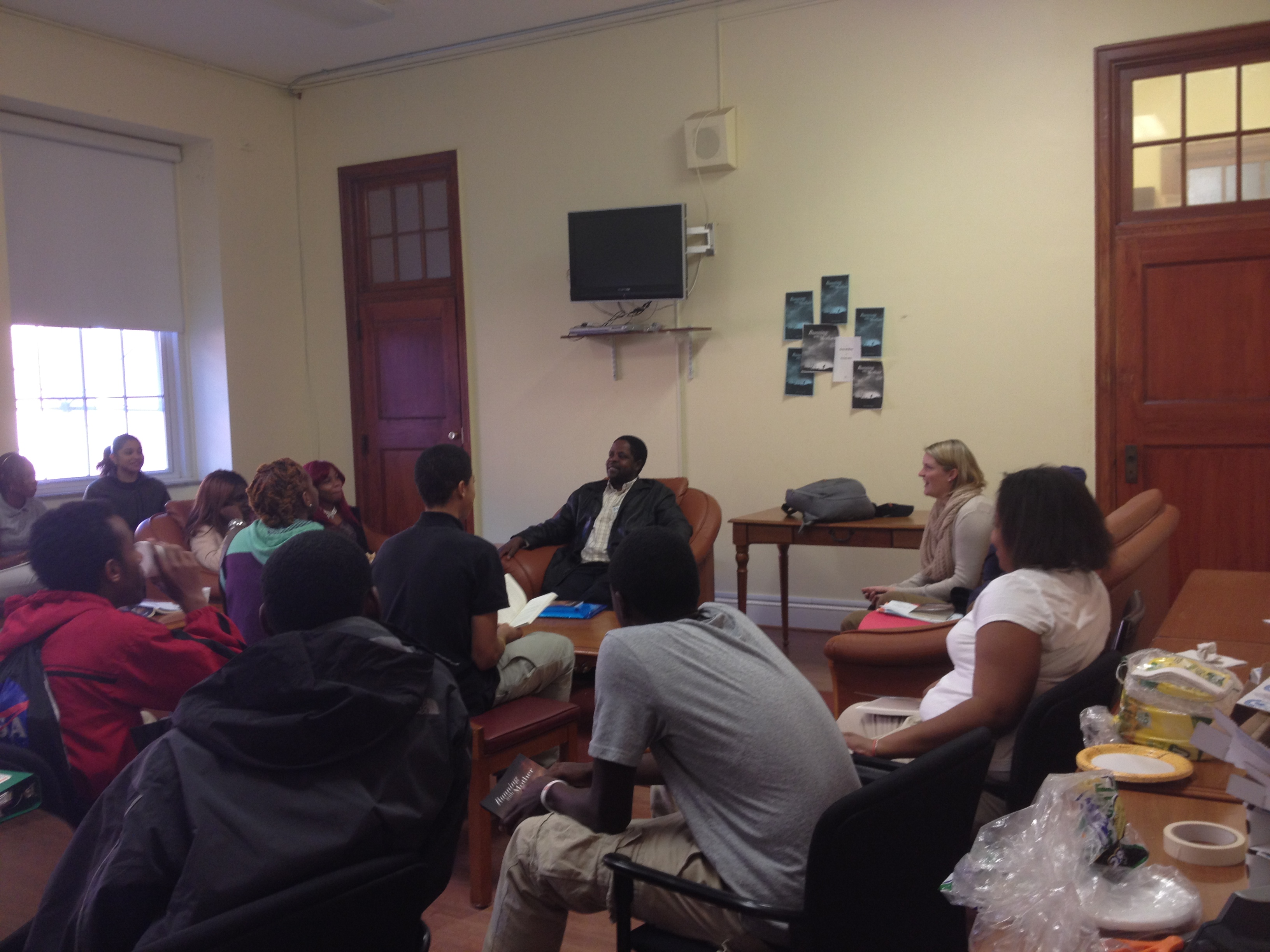 Zimbabwean author and recent resident of the International Writing Program at the University of Iowa, Christopher Mlalazi, recently visited Coolidge High School to talk about his new memoir, Running With Mother.

Last week we were lucky enough to host Christopher Mlalazi, a Zimbabwean author whose third novel Running With Mother was recently released. He visited Coolidge High School where students were eager to discuss the spare, haunting novel that tells of genocide and political upheaval through the eyes of a child. Mlalazi is the author of two other books, as well as eight plays, including the The Crocodile of Zambezi, which won the 2008 Oxfam/Novib PEN Freedom of Expression Award. We sent Mr. Mlalazi a few questions and he was kind enough to agree to do the second installment of the WinS Author Questionnaire.

PEN/Faulkner: Did your experience with Writers in Schools meet your expectations? Why or why not?

Christopher Mlalazi: I was well received by the students and their teacher who all had copies of my book Running With Mother, which I really appreciated as I had never before seen my book in so many hands and the book is still so new as it was recently published in August. I hope more people will follow this example to buy and read the book as this is a story about a traumatic incident in the history of Zimbabwe that has been well covered up by the authorities which I want the world to know about so that such things do not happen again if we can prevent them.

PF: What was the most surprising question a student asked during your visit?

CM: All the questions were surprising as I had thought that the students would not connect easily to an incident that happened in such a far corner of the world, but judging from their questions it seems that they did connect, and not only to the story, but to the struggles of a writer trying to write such an unpleasant story.
One of the students even asked me how I felt when I was writing about the tragedy described in the story, this was an important question as it tried to understand if it is important for writers to connect with the emotions that that they try to put across through their characters. Yes, we become the characters of our stories and we re-live all the emotions that we describe so as to give an even deeper meaning to them.

PF: What would you have been most curious to ask an author if you’d been part of a WinS visit when you were in high school?

CM: If your story was a fruit, which one would it be? And with reference to my book, I think it is a mix of a lemon and a peach. Bitter and delicately sweet.

PF: Why do you think that the students related so well to your book?

CM: I think the students related well to the main character in the story, who is a fourteen-year-old girl affected by the bad choices of adults and, in this case, a government.

PF: What do you hope that students took away from your visit?

CM: That life is beautiful, and there is hope for the world, if we make the right choices.