Steve Luxenberg & the Ghosts of a Family’s Past 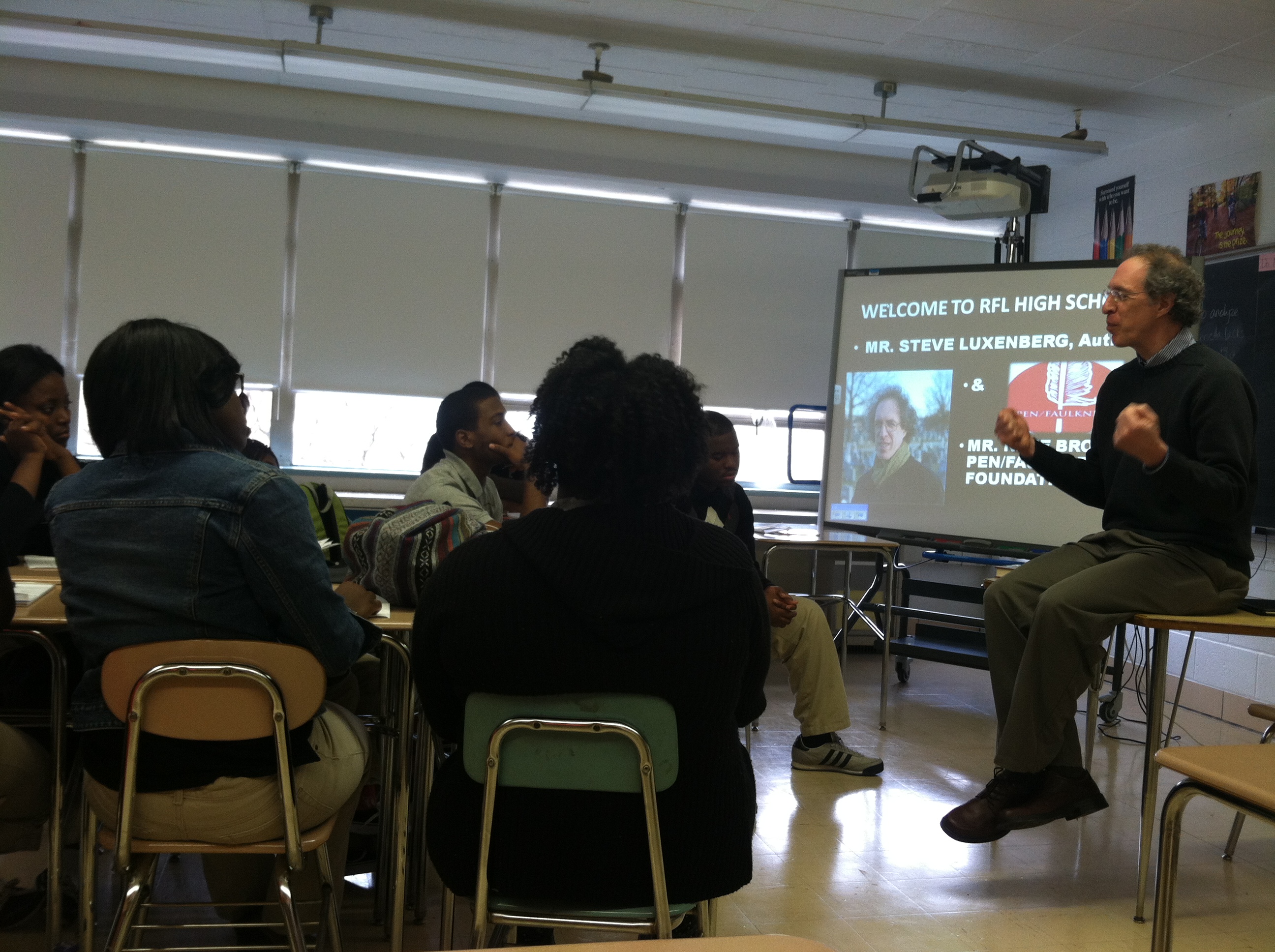 Steve Luxenberg is as familiar with Baltimore and Washington, DC as just about anyone. In 1985, after an eleven year tenure with The Baltimore Sun, Luxenberg joined The Washington Post as deputy editor of the investigative/special projects staff. In 1991, he succeeded Bob Woodward as head of the investigative staff, and from 1996 until 2006 he edited The Post’s Sunday Outlook Section. But for all of that investigative experience, one deeply personal story would present Luxenberg with the incredible challenge of finding out what had become of his aunt and why his mother had essentially kept her existence a secret for so long. Luxenberg’s investigation into his family’s past is the subject of his incredible investigative memoir Annie’s Ghosts.

Last Wednesday, Luxenberg visited Reginald F. Lewis High School of Business & Law to meet with instructor Mashonah English’s AP students. The class had read and discussed the book, and it was clear that the students had just as many questions as anyone about Luxenberg’s remarkable story. Why had his mother grown up telling everyone she was an only child? Why had his aunt Annie been taken away? Why hadn’t the family been more open about Annie’s disabilities? And why hadn’t Luxenberg himself known more of his Aunt when his mother was still alive? These were just a few of the questions that were broached during Luxenberg’s visit, and they’re many of the questions that he attempts to answer in the book.

Bringing an investigative journalist’s eye to a deeply personal story is risky business, to be sure, and the students seemed to sense it. It wasn’t until Luxenberg explained that he attempted to be as dispassionate as possible, to really remove himself from the story in some ways and to just get to the facts at hand, that the students seemed to feel more comfortable asking him questions that were inherently personal. In many of Luxenberg’s answers, though, he made it clear that in writing the book, the facts were only the beginning. “You start with facts,” he said. “Now, facts can be really frustrating, but the good news is that with facts, you can’t make anything up.” The harder thing, he indicated, is getting to the emotional truth of a story. “Good writing is about emotion,” Luxenberg told the students, “legitimate emotion.”