SEED Students Brought It at SpeakeasyDC! 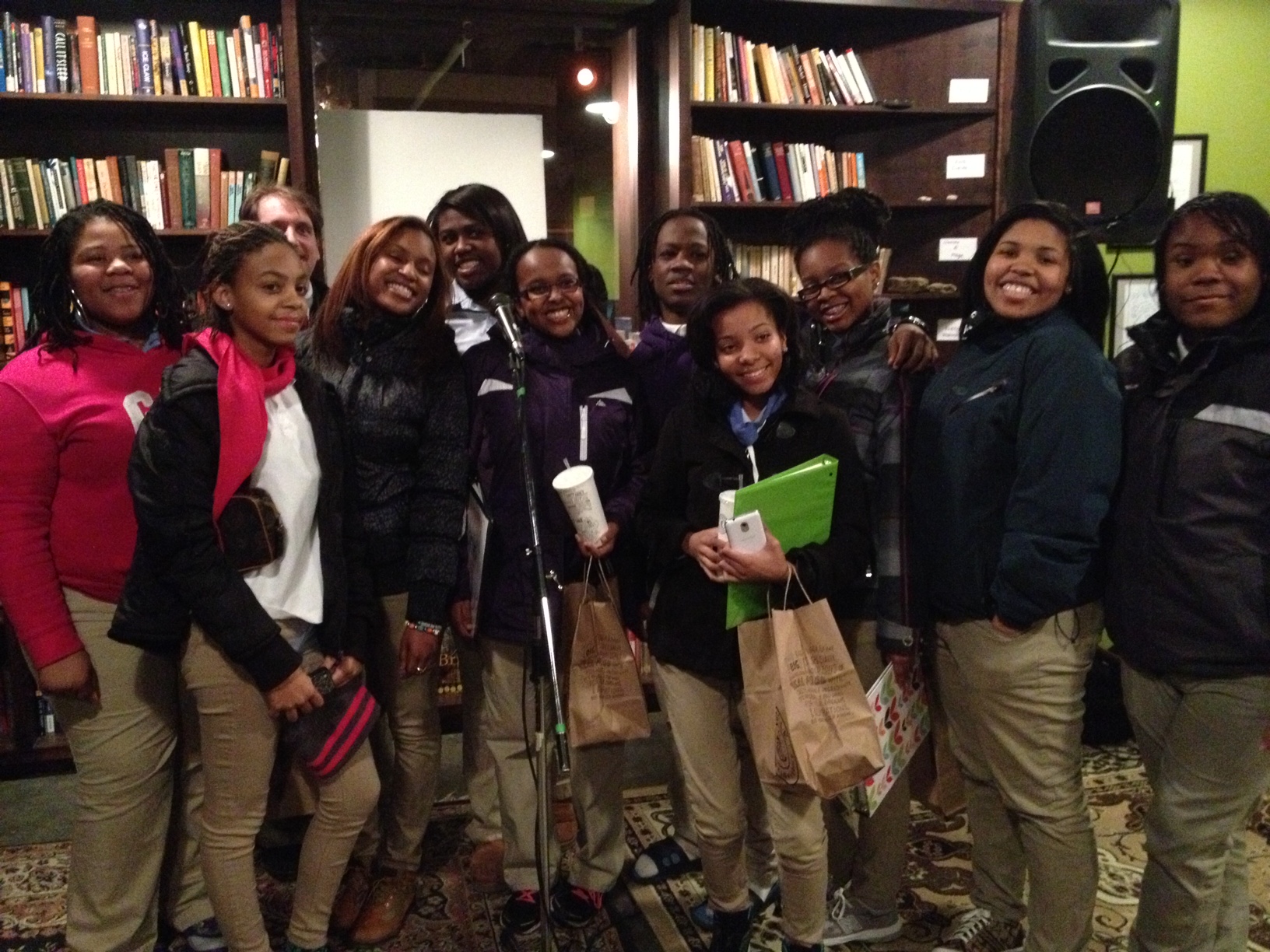 Back in December I was lucky enough to go along while Dolen Perkins-Valdez visited an extraordinary group of 10th graders at the SEED School of D.C. It was a two-part visit, with students discussing two of Dolen’s short stories early in the week, and the students sharing and workshopping their own writing later in the week. I only spent about three hours total with the ten students, but it quickly became clear that they are an imaginative, creative, and hilarious group.

That became even more clear last night when I attended the first ever SEED Student Storytelling Showcase, an event hosted by SpeakeasyDC. The students had spent a week creating and refining stories taken from their own lives, and they were ready to recite them from memory. Each story captured a moment that was essential in its author’s process of growing up: a lost friend, a terrible job, a ruined birthday party, a bitter sibling rivalry, a rediscovered crush, a perfect Christmas present.

I want to thank Mr. Kandik and all of his students in the Creative Writing class for inviting me to the event, into their classrooms, and for offering a tiny window into their lives. It isn’t easy to share something so personal with the world, but these students did so with applomb. Congratulations to each performer; I look forward to hearing and reading a lot more from you!