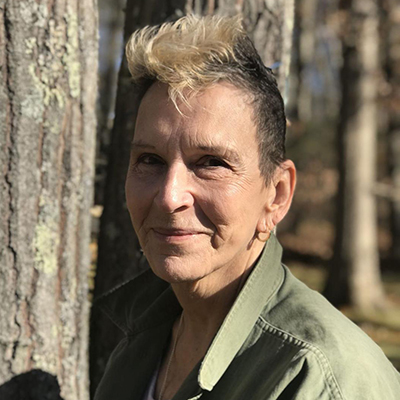 Blanche McCrary Boyd is an American novelist, journalist, essayist, and professor. She is the author of five novels and a collection of autobiographical journalism (The Redneck Way of Knowledge, 1981). Her newest novel, Tomb of the Unknown Racist (2018), completes The Blacklock Trilogy. Tomb of the Unknown Racist is narrated by the same character as The Revolution of Little Girls (1991) and Terminal Velocity (1997), although the three novels function independently. Boyd’s essays and reporting have appeared in venues such as the New York Times Magazine, Esquire, Ms, Vanity Fair, and Village Voice.

Blanche McCrary Boyd grew up in Charleston, South Carolina, the source of her ‘redneck’ roots, and much of her writing radiates from her Southern background. Her works traverse the racial and political contradictions of the second half of the 20th century, intertwining personal and psychological adventures with feminist protests, lesbianism, racial conflicts, and a confrontation with the violent white supremacist subculture.

Finalist for the 2019 PEN/Faulkner Award for Fiction

Purchase Tomb of the Unknown Racist