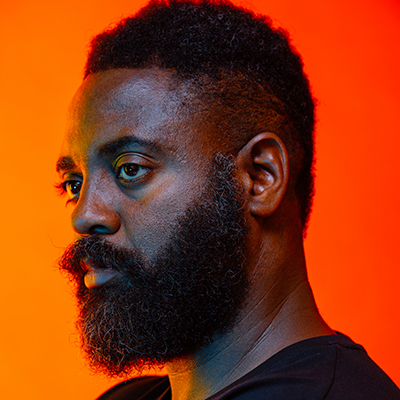 In October 2018, the New York Times Magazine published Reginald Dwayne Betts long essay “Getting Out.” Several months later, the piece was awarded a National Magazine Award. The publication was another example of Betts entering into a new genre and bringing the same depth and richness of self-reflection and exploration of the central problem of this generation: incarceration and its effects of families and communities.

Reginald Dwayne Betts transformed himself from a sixteen-year old kid sentenced to nine-years in prison to a critically acclaimed writer and graduate of the Yale Law School. He has written three acclaimed collections of poetry, the recently published Felon, Bastards of the Reagan Era and Shahid Reads His Own Palm. When awarded Betts the PEN New England Award for poetry for his collection Bastards of the Reagan Era, judge Mark Doty said:

“Betts has written an indelible lament for a generation, a necessary book for this American moment.”

His memoir, A Question of Freedom: A Memoir of Learning, Survival, and Coming of Age in Prison, is the story of a young man confined in the worst prisons in the state of Virginia, where solitary confinement, horrific conditions, and the constant violence threatened to break his humanity. Instead, Betts used the time to turn himself into a poet, a scholar, and an advocate for the reform of the criminal justice system.

Betts’s latest collection of poetry, Felon, will be published in October by Norton.