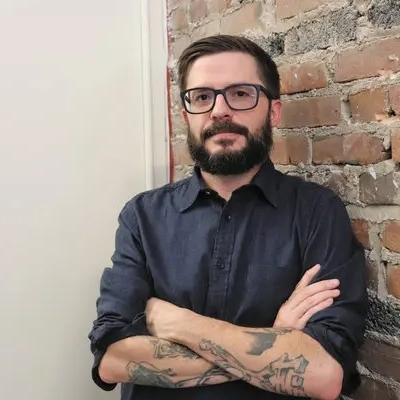 Brian Castleberry‘s work has appeared in Narrative, Southern Review, Meridian, Day One, Lit Hub, and elsewhere. He currently teaches creative writing and literature at the College of William & Mary.

​Nine Shiny Objects, his first novel (Custom House, 2020), was a NYT Editor’s Choice, an Indie Next Selection, and is long-listed for the PEN/Faulkner Award. It spans from the beginnings of the Cold War to the late 1980s, and focuses on the generational strife between  utopian dreamers and the forces of violent reaction. From the 1947 UFO sightings in the Cascades through the dark underbelly of rock ‘n’ roll, the book follows a wide cast of characters all seeking some kind of meaning in a nation often defined by its chaos.

Longlisted for the 2021 PEN/Faulkner Award for Fiction