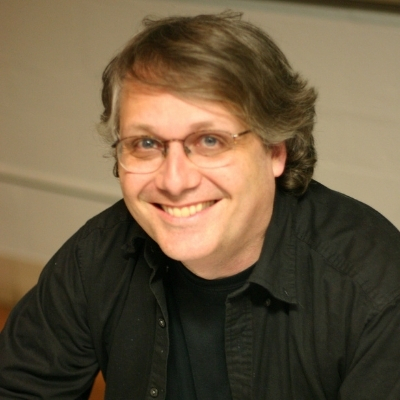 Scott McCloud has been making comics professionally since 1984, and today, he’s best known for his non-fiction books, particularly Understanding Comics (1993), a 215-page comic book about the comics medium translated into over 20 languages. His Reinventing Comics (2000) is a more controversial look at comics revolutions in art, culture and technology, and Making Comics (2006) is an extensive exploration of comics storytelling techniques, which also resulted in the Making Comics 50 State Tour, and the Google Chrome comic.

The 24 Hour Comic has become an international movement over the years, especially with the debut of 24-Hour Comics Day in 2004. His other inventions, like the The Big Triangle and Five Card Nancy can be found here.

His first fiction comics series Zot! (1984-1991), which he usually describe as “a cross between Peter Pan, Buck Rogers and Marshall McLuhan,” recently collected in a swanky new book. His latest published work is the nearly-500 page graphic novel The Sculptor.