This Literary Conversation included readings and performances by our featured authors and will be followed by a live Q&A with the audience. Live captioning will also be available for this event.

If They Come for Us by Fatimah Asghar

Life of the Party by Olivia Gatwood 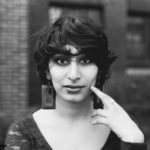 “When I write a poem, every time I come to the page, I’m startled with the feeling of, “I don’t know how to write a poem.” I’m just startled in the honest of not knowing and that thing of like, “This could be a failure. This could not work.” I think I feel that way with pretty much all of the genres and with fiction in particular. I can feel if a thing is a poem or wants to be a poem. If it feels like it’s a slowing down of a moment, if it’s like a thing that is a singular moment or feeling that I can really slow down and be in and luxuriate in.” – Fatimah Ashgar

“I think it’s becoming really clear to me that certain stories, whether they’re fictional or not, beg for a specific form and sometimes they can live in multiple forms. I feel like the New American Best Friend and Life of the Party were both the memories that I needed to tell in poems. The novel feels like an investigation and a meditation that I needed to tell in a longer form.” -Olivia Gatwood

“There is a particular forethought that I’m putting into what work I bring in front of an audience. Maybe I want them to be silent, maybe I want them to be uncomfortable. I’m asking them to elicit a response if I’m bringing it in front of them. I guess what I’m saying is, I can’t trust that audience for much. The only thing I can trust is the poems that I’ve designed to elicit something. -Danez Smith