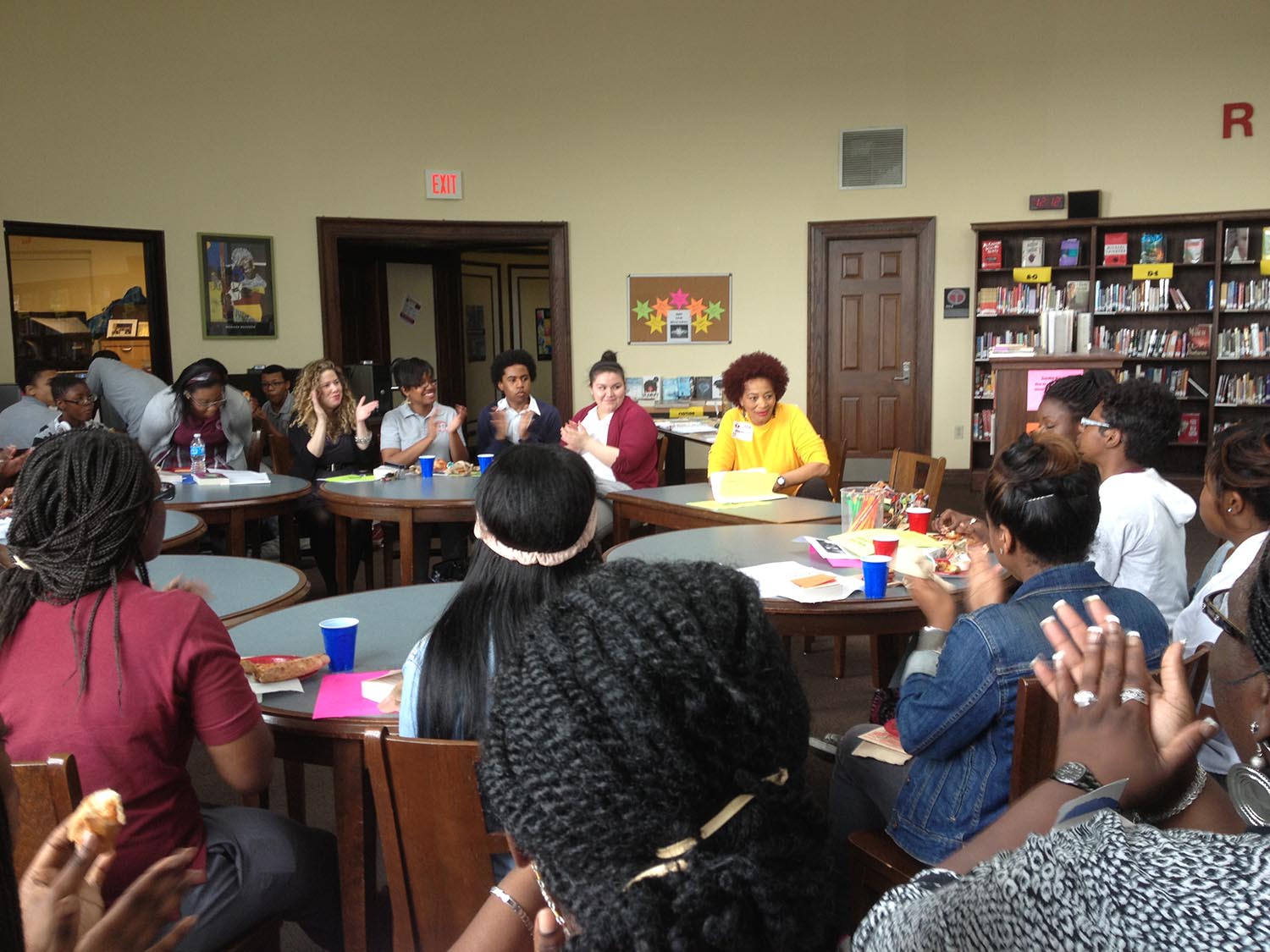 Eight months later, with the breathtaking views from the library at McKinley Technology High School as backdrop, that visit became a reality as Ms. McMillan sat down with 30 eager students, as well as a few teachers, parents, community members, and Ms. Elwell herself.

McMillan began with a reading from her forthcoming novel, Who Asked You? (due to be published on September 17th). The novel features a number of individual voices, and for the event at McKinley, McMillan shared a section of the novel that’s told from the perspective of a precocious eight-year-old boy named Luther (who she identified as one of her favorites in the novel). It was 2001 and all Luther wanted was a computer, some chicken nuggets, and to stay over at his grandmother’s house. Students were alternately giggling at Luther’s outlandish but remarkably astute judgments and nodding when the darker realities of his mother’s drug addiction become clear.

McMillan then moved on to take questions from students. They’d read her third novel, Waiting to Exhale, and wanted to know about the characters, the men in their lives, and what happens in the sequel. A common theme among the questions was how Ms. McMillan was able to inhabit so many different characters so flawlessly.

As it was for many of the McKinley students, Waiting to Exhale was my introduction to Terry McMillan’s work. I saw the movie at a sleepover when I was thirteen and read the book shortly thereafter. What I remember most from that introduction was not the burning car scene or the Whitney Houston song, but  the way that each of the four women – each one totally unique in her own right – were fully realized, complete with hopes, flaws, regrets, and disappointments long buried.

McMillan is probably best known for the quippy, naturalistic dialogue, that makes each of her books compulsively readable, but that’s far from the only thing that draws us in. We find in her characters, no matter how imperfect (or how downright detestable) they may be, something that reminds us of ourselves. They are human, and, like us, they’re still figuring it out.